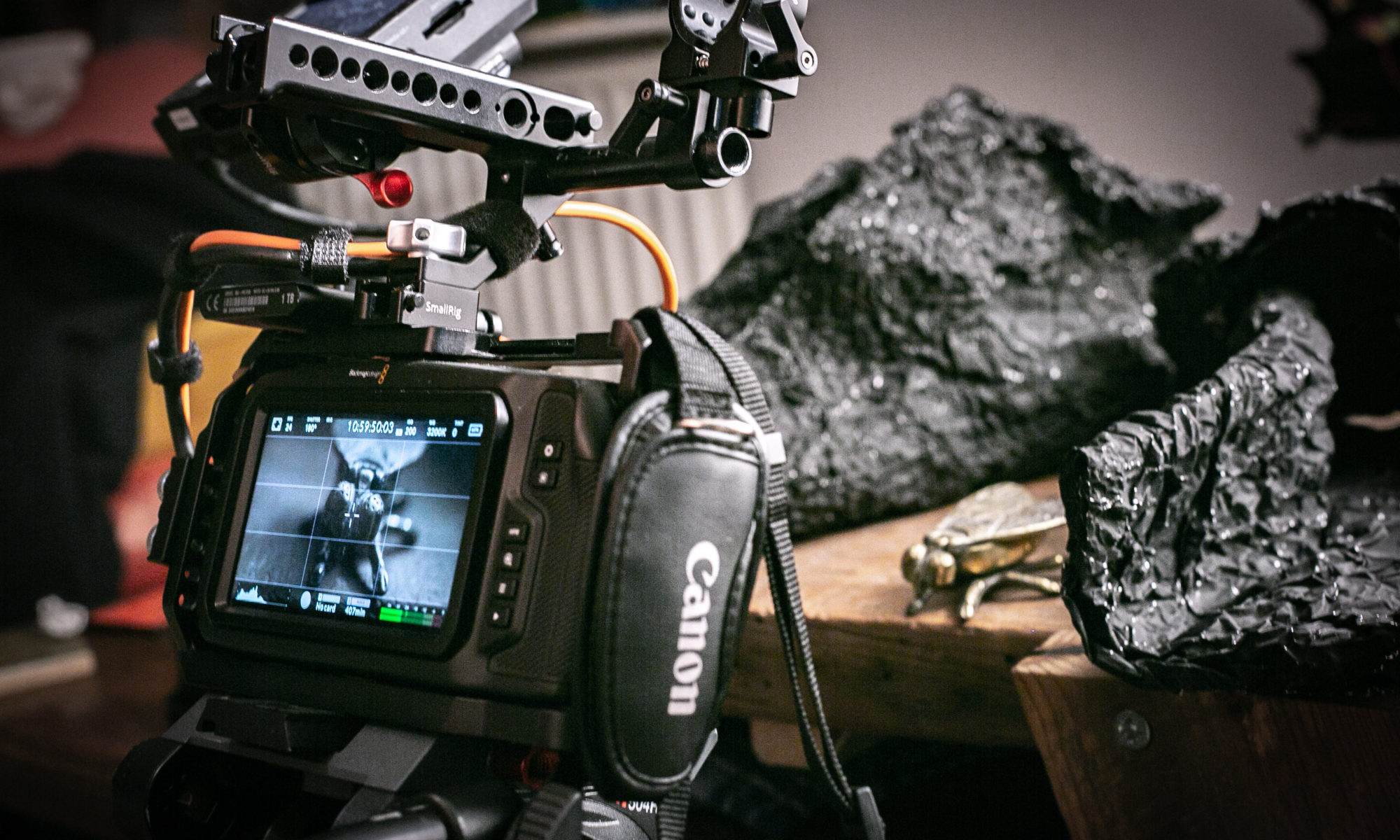 A picture tells a thousand words, so we’ve organised images captured of our travels in albums on this page.

We had the pleasure of staying in a real life tree house at the Living Room site in Machynlleth, mid-Wales for a wonderful 3-night stay. Again, an opportunity to learn more about our new BMPCC4K rig and using it in the field. To add complexity to the shoot we had no power in the tree house, so all power for the camera had to be carefully planned – it eats batteries!

We also tried out the Wiralcam sky camera rig, along with the DJI OSMO pocket. which has a great object tracking feature, adding interest to footage captured at height, in the trees!

On our way back from Cornwall we stayed at The Lake House at Langford Court South in Cullompton, Devon for two nights. A lovely stay with more opportunities to shoot some nature footage with the BMPCC4K.

A family visit to Coverack in Cornwall for Easter 2019, we took along the Blackmagic Pocket Cinema Camera 4K rig for some test shooting. This is a low light beast, a 4K work-horse and amazing bit of kit that adds bucket loads of cinematic look to your footage. It’s available for dry-hire, contact us for more information.

The massive file sizes captured introduced technical challenges for post production, a learning curve for sure! Our test video is still in post-production but will feature here and on our videos page when the colour-grading process is complete.

Csaba Kondor has been working with us at AVTEAMUK Ltd since the beginning and his work has always been fab! Csaba works as a DOP, film editor and camera operator with AVTEAMUK Ltd. when he’s not working on his numerous other projects. He jumped at the chance to use the new BMPCC4K rig on the set of a recent production with Tom Walker AKA Jonathan Pie.

We’ve been working with our clients to shoot conferences for web use, and for live streaming since we formed the company in 2016 and we’ve been working with professional video for venues, conference events and expos since 2001. Prior to this our experiences began in 1994, so we’ve been lucky enough to see the evolution of video from celluloid film through to magnetic video with Betacam SP and S-VHS, through to digital DVCAM then tape-less media from standard definition, HD then on to 4K.

See an example of our conference filming service here.

We were commissioned to shoot interviews with influential Concorde pilots and engineers, in Bristol. A challenging shoot with a whole day of content due to be edited down to a short highlights film. See the edit here.